In what has to be considered one of the wackiest scenes in the whole Old Testament, Isaac gets the wool pulled over his eyes by his wife and son, Jacob. These two conspire to deprive the elder son, Esau, of his impending blessing. Disguised in Esau’s clothes and a goat-skin coat, and aided by the old man’s blindness, Jacob perpetrates a fraud that strains the hearer’s credulity; as do most contrivances constructed on the premise of mistaken identities. How could they ever get away with this?

Instead of questioning the probability of success in such a scenario, think of the story in terms of being a narrative description of the basic components of and mechanics behind sacrificial rites. (Remember, Moses narrates these tales to the Isrealites in the wilderness. Here he offers an explanation to and a revelation of what thy are really doing in bringing animals to the tabernacle.)

Rebekkah, arranging the event, acts in a priestly role. Esau serves as the victim. Jacob is the beneficiary of the substitutionary swap. Finally, Isaac plays the role of the divinity, who conveniently allows himself to be duped. Isaac’s being blind can be seen as a metaphor for the blinding of Jehovah by the smokescreen of incense that the Levitical priest uses before entering God’s holy presence. The smoke isn’t there to blind the priest. You don’t want to be stumbling around so close to God. One touch of the ark can melt your face off. The smoke symbolizes the blinding of God; his willful consent to not look upon the impropriety that goes on in any sacrificial event wherein one victim is substituted for another. There’s something inherently dishonest about this procedure of sacrifice. Men can delude themselves into thinking it right. God must make a concession by other means. Men want so badly to believe that the sacrificial procedure is legitimate and proper that they do persuade themselves that the act is justifiable. God’s provisional consent is much more difficult to understand. But perhaps Isaa offers us a clue to this, too. The old man does what, in one sense, he does not want to do, because for now it must be so. 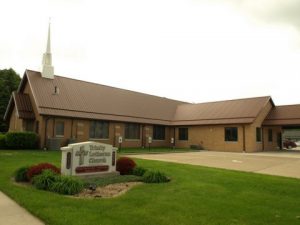